The world’s most famous human cell line has had its complete set of expressed proteins, its proteome, determined by mass spectrometry-based proteomics (ref. Bekker-Jensen et al, Cell Systems 2017). Based on transformed epithelial cells derived from a cervical cancer tumor biopsy of a patient named Henrietta Lacks, HeLa was the first human cell line established in culture. HeLa cells are by far the most widely-used cell line in biomedical research and it contributed significantly to the development of the vaccine against the polio virus. HeLa cells were also the source for the discovery of the link between human papilloma virus (HPV) and cervical cancer for which Harald zur Hausen got the Nobel Prize in 2008. This laid the foundation for the development of the successful HPV Cancer Vaccine. 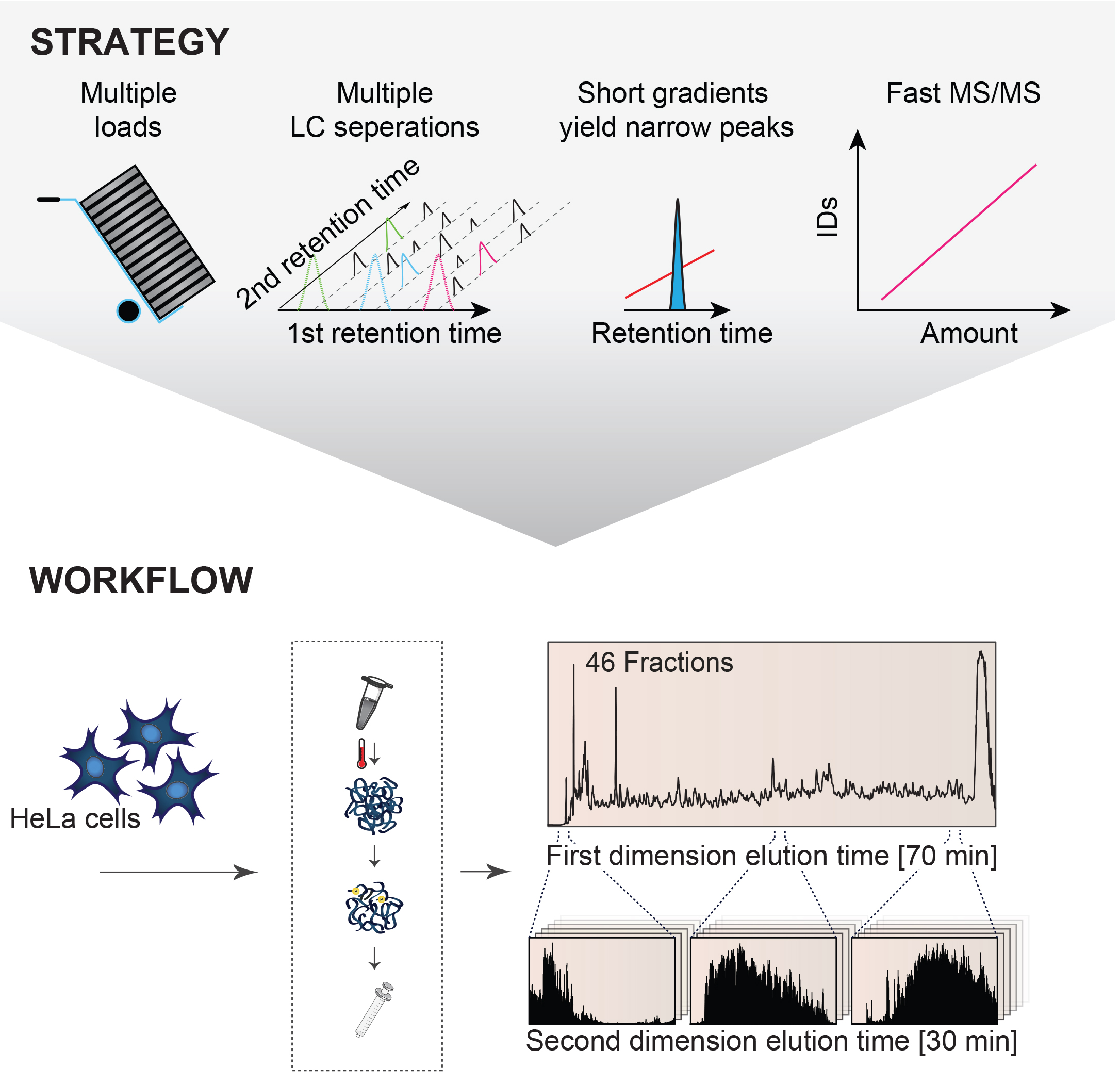 Truly comprehensive proteome analysis is the Holy Grail in proteomics for enabling routine systems biology analyses and biomarker discoveries. Despite decades of tremendous developments in the proteomics technologies, complete proteome characterization of human cells have remained a formidable task. This is mainly due to the high dynamic range of a human cell proteome spanning at least seven orders of magnitude. To overcome this challenge and routinely perform comprehensive analyses of human proteomes the CPR researchers developed so-called multi-shot proteomics, an optimized approach for comprehensive proteome analysis with high sample capacity based on offline peptide high pH reversed-phase chromatography collecting high numbers of fractions in combination with short LC-MS/MS gradients and high peptide sequencing speed. The technology has been streamlined for one day mass spectrometric measurements of human proteomes from cells and tissues. The authors proved the broad applicability of the technology by applying it to a variety of sample types including different human cancer cell lines and patient organ biopsies achieving similar comprehensive protein coverage in all cases. These experiments firmly established the capability of this proteomics technology to enable comprehensively analysis of any mammalian cell or tissue proteome in a quantitative manner with sufficient throughput for clinical applications with larger patient cohorts.