This year three researchers from the Novo Nordisk Foundation Center for Protein Research (CPR) receive funding from the Independent Research Fund Denmark. The funding is earmarked for extraordinary research and enables the researchers to pursue original and ground-breaking research ideas.

This year the Independent Research Fund Denmark distributes DKK 750 million for excellent new research conducted in Denmark. A total of 239 projects by researchers from all over the country have received funding, and three of them are conducted at CPR. Jakob Nilsson, Michael Lund Nielsen and Chuna Choudhary each receive funding of more than DKK 2 million. All projects receiving funding are deemed to be of particularly high international quality and based on new, ground-breaking ideas. 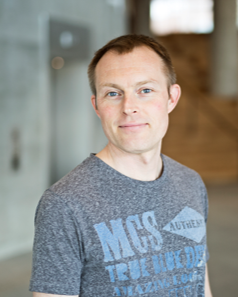 What is the project about?
The formation of functional mRNA molecules is a complex process. When RNA is formed by RNA polymerase a so-called cap must be added to it. Capping of mRNA is a basic process fundamental to the cell. The enzyme Mce1 is responsible for capping the mRNA, and to do so it binds to the RNA polymerase. This process is aided by phosphorylation of a long, unstructured tail on the polymerase. We have limited knowledge of the mechanisms regulating the function of Mce1, but now, surprisingly, we have discovered that Mce1 binds to the protein phosphatase PP4.

The aim of the project is to examine the function of the Mce1-PP4 interaction focussing on its role in the capping of the mRNA. We will shed light on an unknown aspect of this process by comparing cells that either express Mce1 or an Mce1 mutant unable to bind to PP4 in a series of cell-based tests. The tests will determine whether the capping of mRNA requires PP4 binding to Mce1, and whether PP4 impacts on the binding of Mce1 to other proteins. Ultimately, we aim at attributing changes to PP4-regulated phosphorylation to the phenotypes we observe and thus provide new insight into the maturation of mRNA molecules. 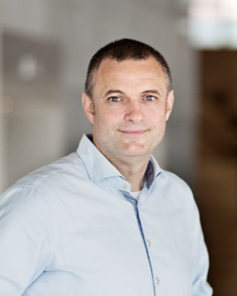 What is the project about?
ADP ribosylation is a reversible post-translational modification catalysed by the so-called ADP ribosyltransferases (ARTs) known to play key roles in cell communication and signalling. Intracellular ADP ribosylation is catalysed by enzymes belonging to the diphtheria toxin-like ART family (ARTD, also known as PARP enzymes), and constitute vital enzymes to various biological processes. Due to this, the ARTDs have gained strong medical interest with the development of specific PARP/ARTD inhibitors now used in clinics for treatment of various cancers. As opposed to the ARTD enzymes very little is currently known about cholera-like ARTs (ARTCs), which catalyse ADP ribosylation at the cell membrane and the extracellular space. Hence, ARTC-catalyzed ADP-ribosylation may play a functional role in a range of signalling pathways hitherto not appreciated due to the technical challenges associated with studying this modification. 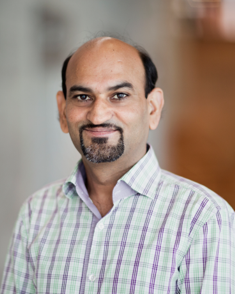 What is the project about?
DNA constitutes the foundation of biological life, and it is therefore vital to the development and health of biological organisms that the integrity of the DNA is maintained. The integrity of the DNA is challenged repeatedly by both internal and external elements, and lack of repair to damaged DNA can have catastrophic consequences. Thus, genomic instability is a main cause of diseases like cancer and premature ageing. Cell mechanisms for repairing DNA damage involve the accumulation of a lot of proteins at the location of the damage, but we still do not fully understand the DNA repair mechanisms. The aim of this research project is to use innovative proteomic methods to systematically map the network of proteins repairing DNA damage. In addition, we seek to characterise their cellular functions and molecular mechanisms. A positive result will improve our understanding of the molecular mechanisms maintaining the genome and may provide us with new insight into disease mechanisms and possibly lead to the identification of new forms of treatment for human diseases.